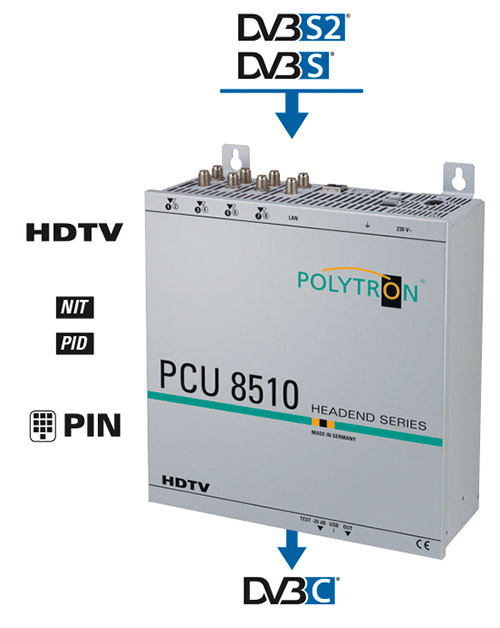 The new PCU 8000 series HDTV compact headend converts signals from 8 satellite transponders into DVB-C channels.
The transport stream can be modified e.g. to delete programs, to adapt NIT / ONID data or to sort channels (programmes) using the LCN function. The PCU 8000 headends feature also allocating new TS IDs or SIDs with the remapping function. The output modulation can be changed to DVB-T with a software update.
Special features of the PCU 8000 series compact headends are the temperature-controlled fan as part of the POLYTRON long-life concept and the intuitive programming of devices using the standard built-in control options via USB and LAN.
All models of the PCU compact headend series can be combined and a common NIT table can be generated.
The quality of every single “Made in Germany” PCU 8000 series headend is ensured by a 24 hours burn in test prior to delivery.